Fill in the form and we will get back to you as soon as possible. You can also reach us by phone 08 625 99 00 or email info@akriform.se

Akriform has collaborated with ICA since 2016 and provided a number of ICA stores with new fresh Pick & Mix displays for ICA’s bulk candy concept.
The fixture and bins used in the commercial is Akriform’s latest innovation Pribox®. Want to know more about Pribox®, click here.

For those of you who haven’t seen Pribox® in your grocery store, you can now see a glimpse of the display concept in ICA’s latest commercial “Pink Saturday Candy” (0:11 seconds in).

To have our products be included in the commercial that is part of Pink October feels extra good as cancer research and charity linked to the fight against cancer lies close to our hearts. Around Christmas every year, Akriform donates money to the Swedish Childhood Cancer Fund to support their vision of eradicating childhood cancer.

To show appreciation for letting us be a small part of this commercial, we have chosen to also make a donation to the Swedish Cancer Society this October. For everyone can do something in the fight against cancer. 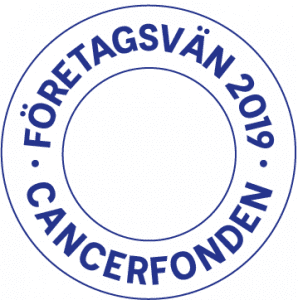